A Cinematic Flavour to Migrants Day in Moldova 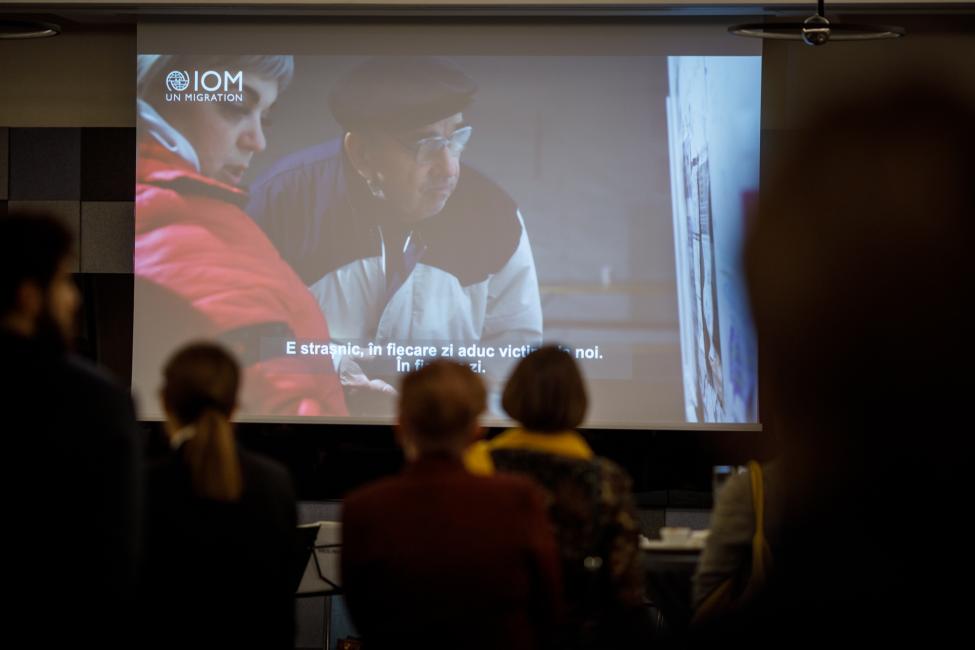 “After 21 years of activity here, this is a renewed opportunity to report on IOM’s commitment in the country in 2022, to recall the strong support we receive from Moldovan authorities, the joint work with our colleagues from UN agencies, the collaboration of the local and international civil society, and the great support of donors in achieving significant results to meet the needs of refugees and Moldovan vulnerable people,” said Lars Johan Lönnback, IOM Moldova Chief of Mission, opening the event.

Two audiovisual products were presented during the initiative.
The first was “The Long Road”, a short original documentary produced for IOM Moldova by the filmmaker Viktor Lacken. His cameras accompanied the journey of Ukrainian refugees, from the Ukrainian/Moldovan border in Palanca, through the Moldovan-Romanian border, to the IOM assistance center in Huși, Romania, collecting their stories of sorrow and hope. The clip also highlighted the continuous assistance provided by IOM, the analysis and reflections of IOM Chief of Mission and senior staff, and the contribution of Mihail Voda, Director of the Bureau for Migration and Asylum of Moldova, and Gerald Knaus, Charirman of the think tank European Stability Initiative.

The second was the trailer of the documentary/movie “Love is not an Orange” by the Moldovan filmmaker Otilia Barbara, which portrays stories uniting hundreds of women who left Moldova in the early 90s. At that time, post-soviet Moldova was caught at the crossroads of history, and many women left to support their families through the economic crisis.  Love is not an orange depicts the ritual which unites Moldovan migrants’, mothers, who found a very peculiar way to stay in touch with their children at home. They sent the cardboard boxes filled with gifts and food and asking, in return, videotapes to tell their children daily lives. These films and gifts that allowed mothers and children to share their realities while they were apart, a ritual highlighting both the fragility and the strength of family bonds through the eyes of a generation who had to live apart.
The documentary was screened for the first time in Moldova on Friday December 16, at the Odeon Cinema, Chisinau.

A strengthened collaboration with the General Police Inspectorate for a new stage of cooperation with IOM Moldova.

"Wherever you are, take care of yourself and don't let anyone think that there is no one to help you!"